This magnificent church and architectural wonder survived Medieval Europe and several more centuries, only to be pounded relentlessly by German bombs in World War II.  However, it still exists in all its splendor to honor the culture that created it.

The Church is tucked away on Middle Temple Lane, with a massive wooden gate and steps descending down into the area where it is located. We may never have found this ancient structure, without the modern navigational tool of Google Maps. 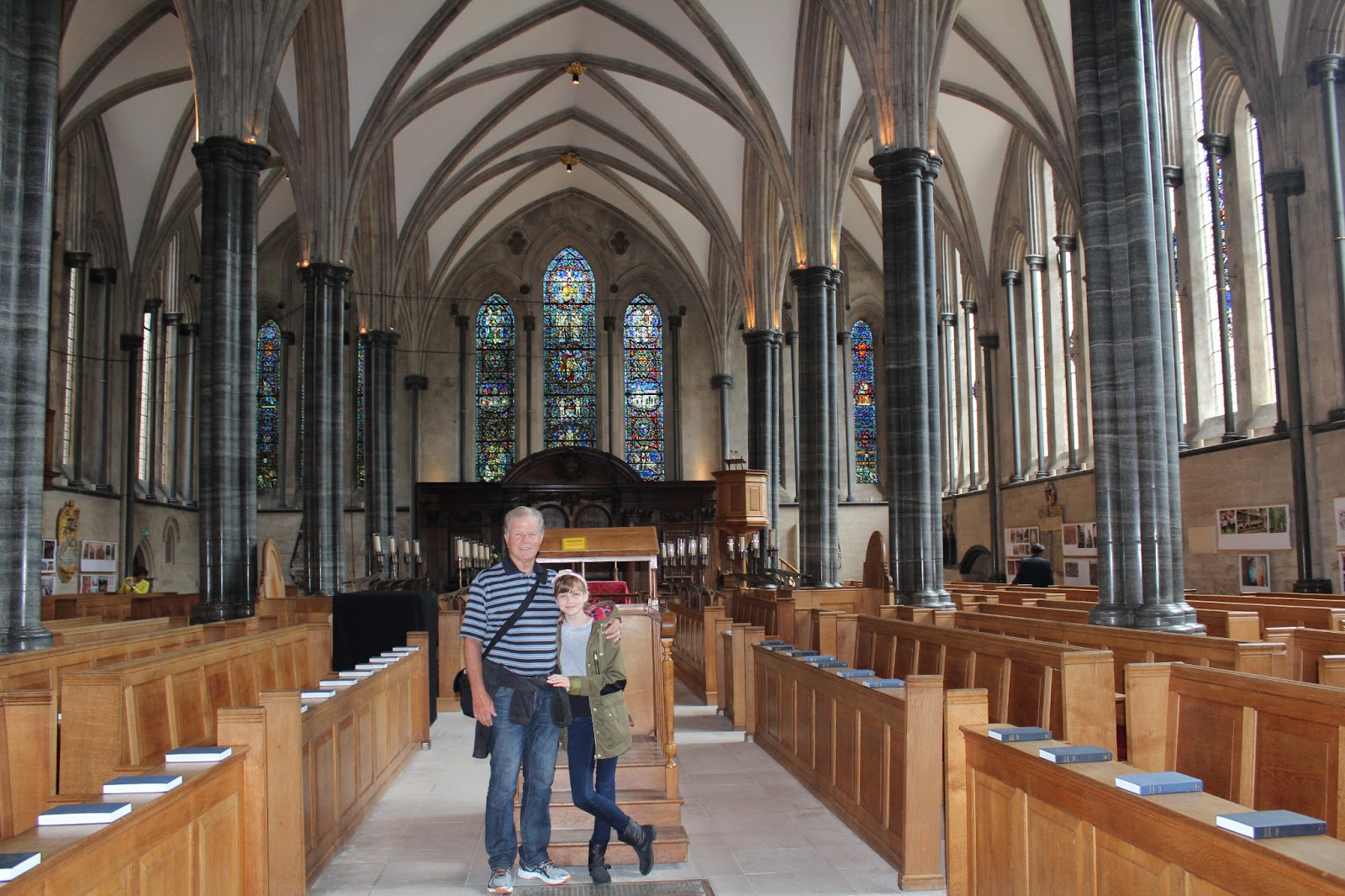 With its beautiful stained glass windows, knights in effigy, and prayer books on the altar, it still functions as The Church of England, and is the property of the Queen. 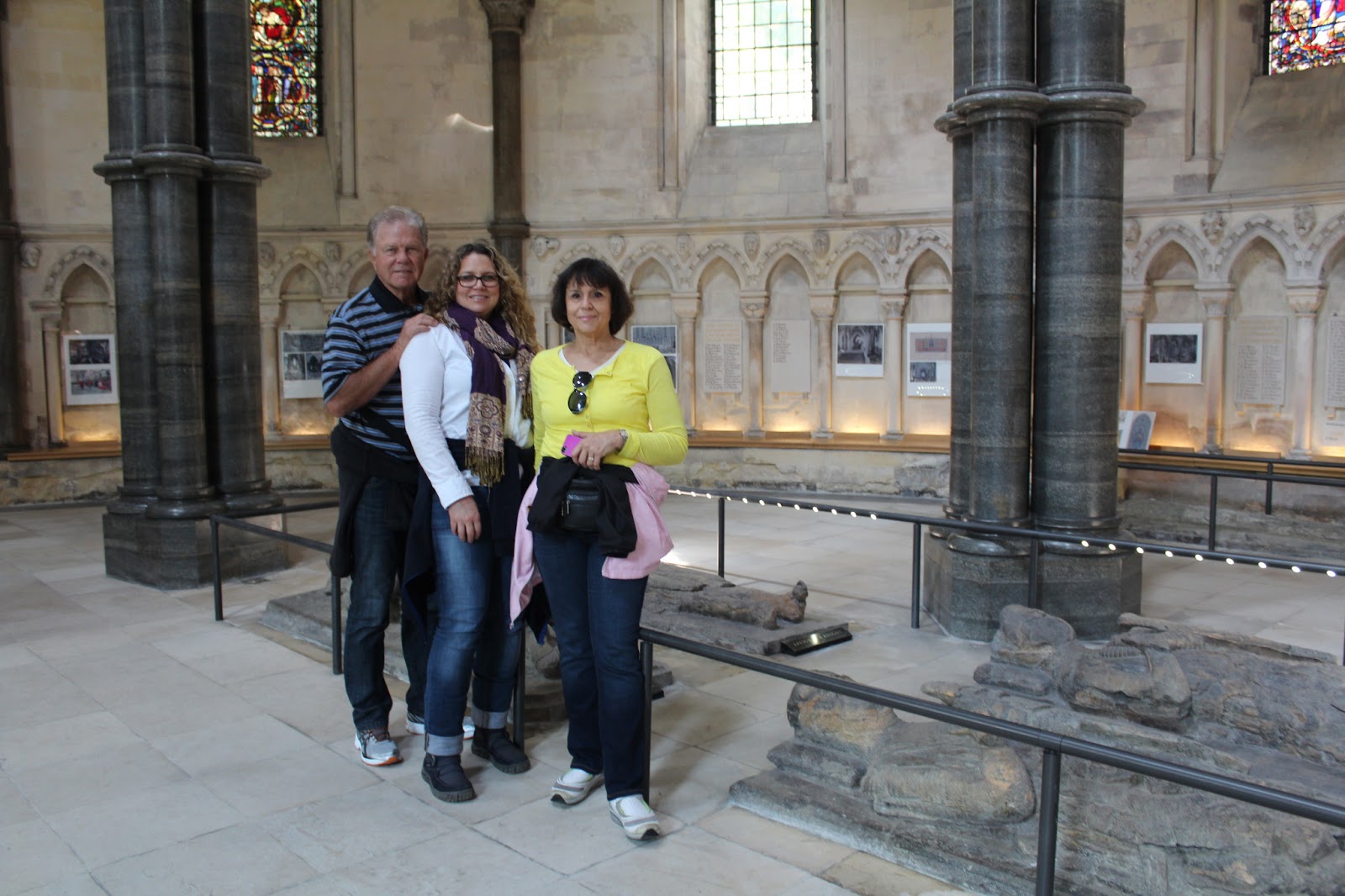 Standing by the effigies, on the floor, of the most famous knights.

The Knights Templar were guardians of Christendom, beginning with the first Crusade in 1096.  The knights were both men of war and men of prayer.  Their names and fame echoed down the centuries as they gradually faded into modernity, only to be resurrected by current interests in cultural myths and legends.

Author Dan Brown, brought the knights to life again in the DaVinci Code, as he portrays the Knights Templar as guardians of not just Christendom, but a great secret.  Was Jesus married? If so, he must have descendants.  Without the Knights Templar to guard the secret, it is revealed in the 21st century!

Also good to be in London for the 60th Anniversary of Queen Elizabeth’s Coronation celebration. 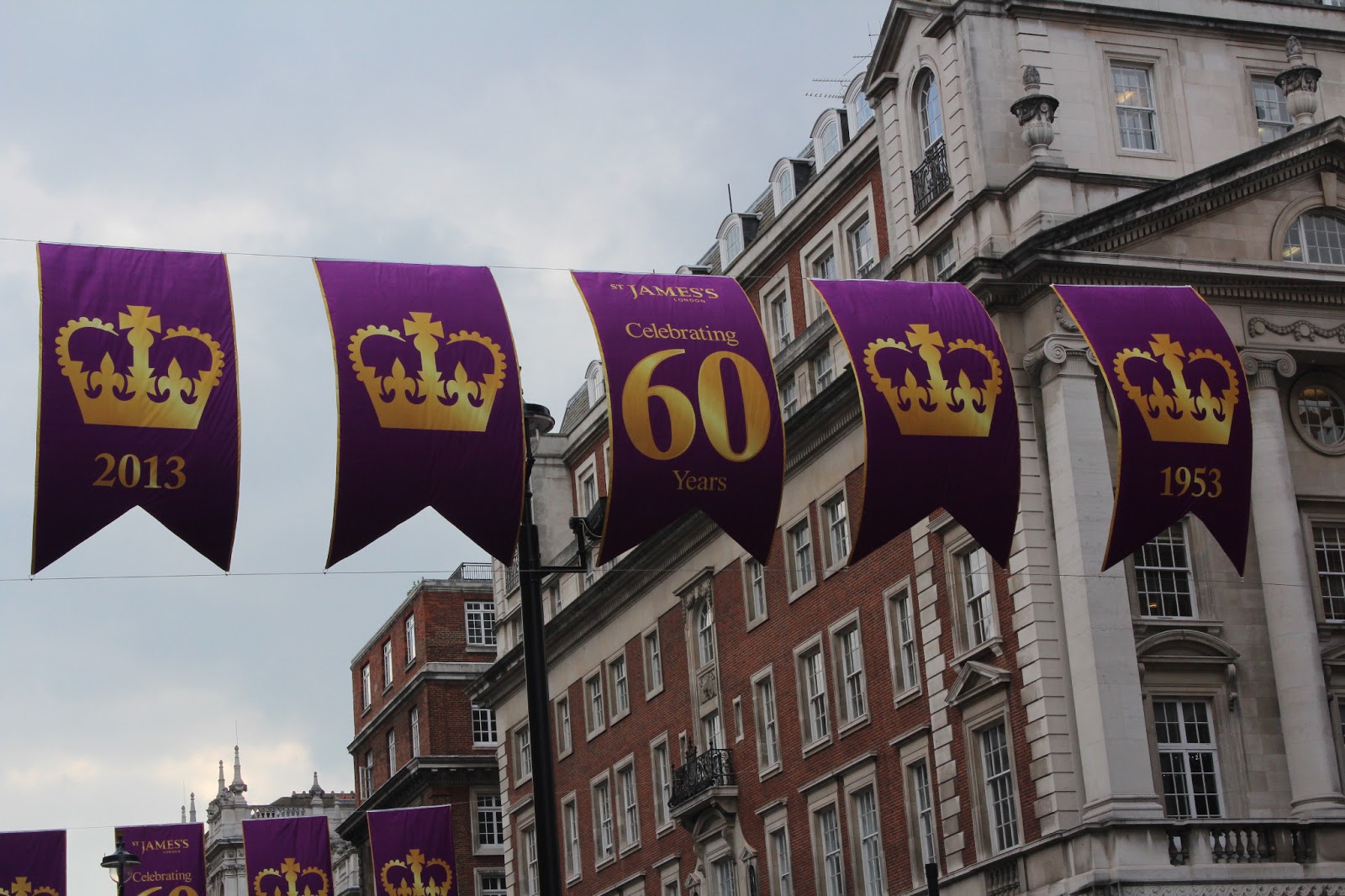 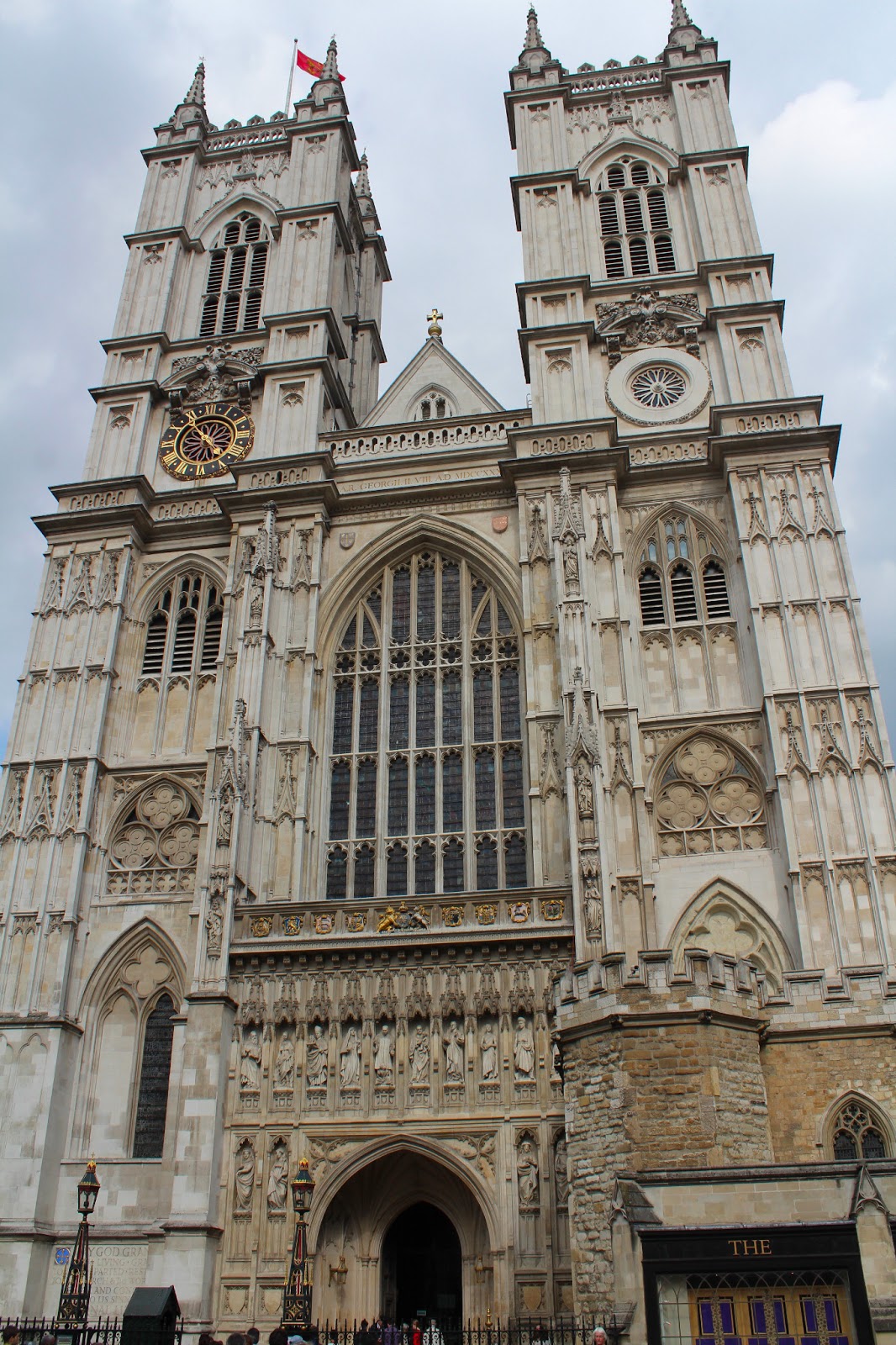 As, my daughter, Michaelin shows us the many unique and culturally interesting places to visit as well as things to marvel at in London, she remarks, “London makes Los Angeles seem boring!” How true.

A second visit to Westminster Abbey, after seven years, gave us a chance to focus on the most famous part, the Poets’ Corner.  More than 100 poets, dramatists, and writers are buried or recognized here.

The Poets’ Corner is traced back to 1733 and many of the great poets are known throughout the world.  However, some who were famous in their day, like the Knights in effigy in the Templar church, are now unfamiliar. 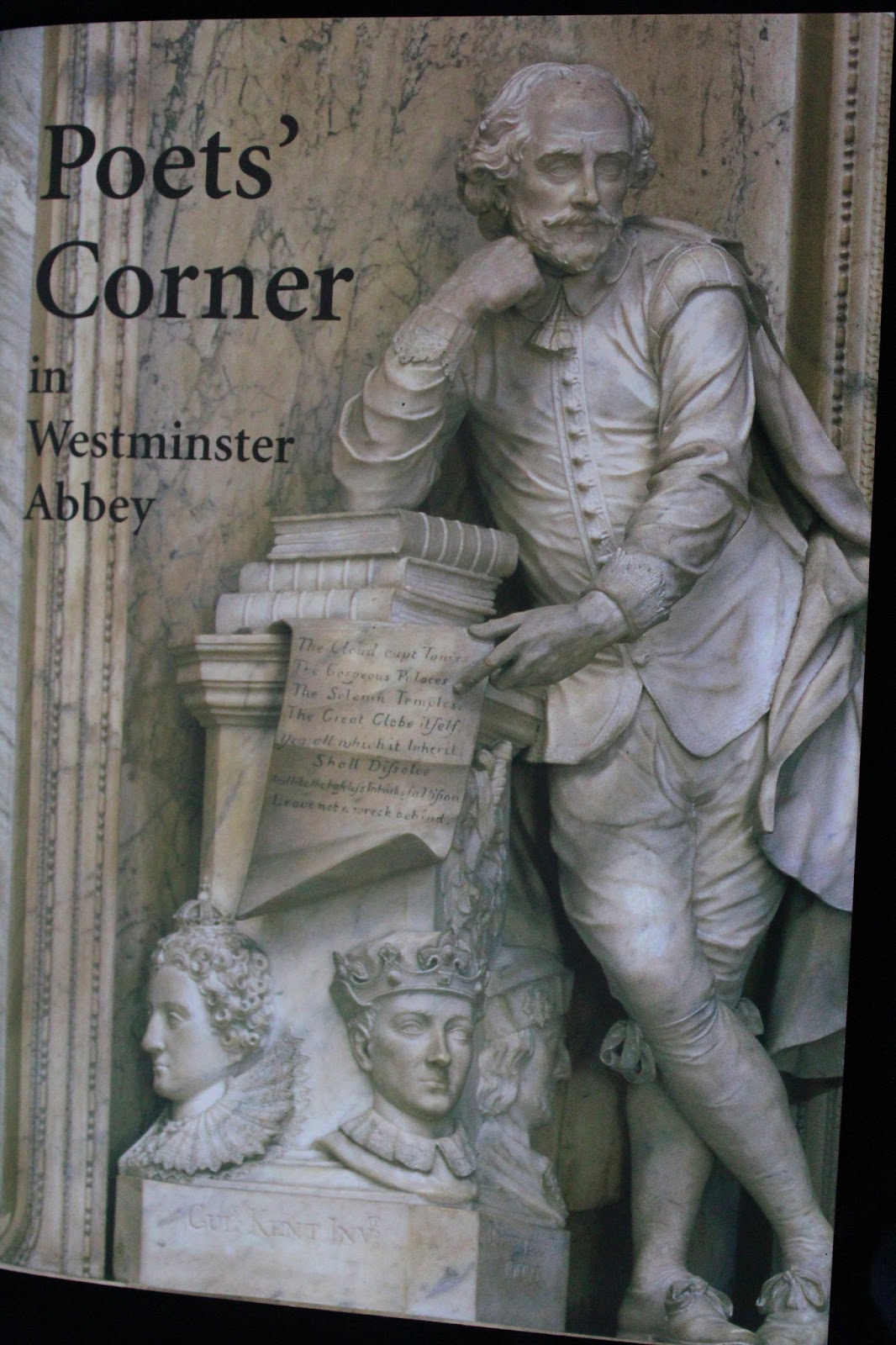 No picture-taking is allowed inside the Abbey, but Stella’s portrait shines against the background of the interior courtyard. 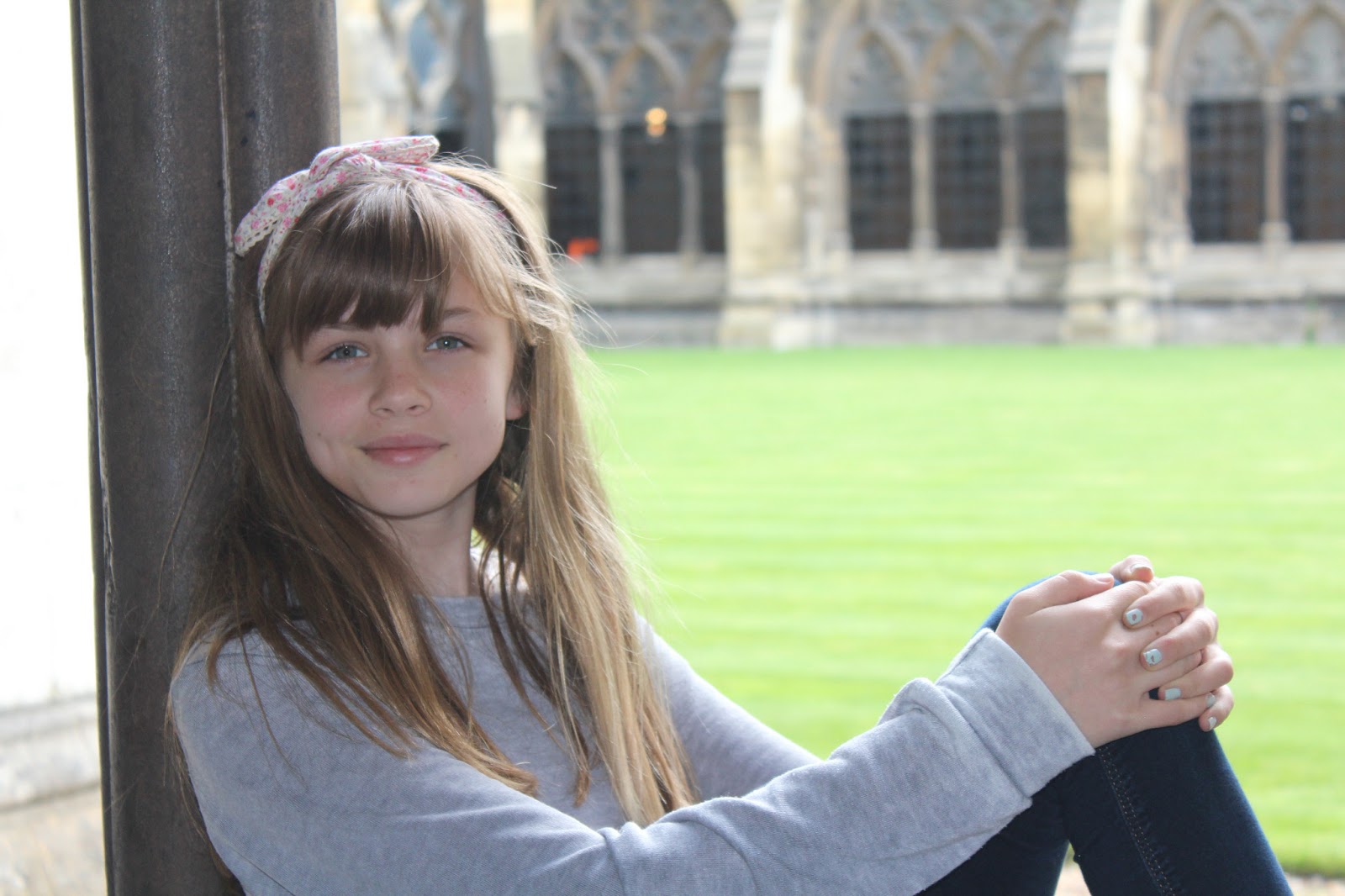 Long walks took us past the many specialty food, bakery, and tea cafes, while watching the many bustling people waiting for buses, riding bicycles, shopping, and jogging, gave us an appetite for our favorite Greek Restaurant, Halepi.  The homemade hummus, salads, and quaint atmosphere is unsurpassed. 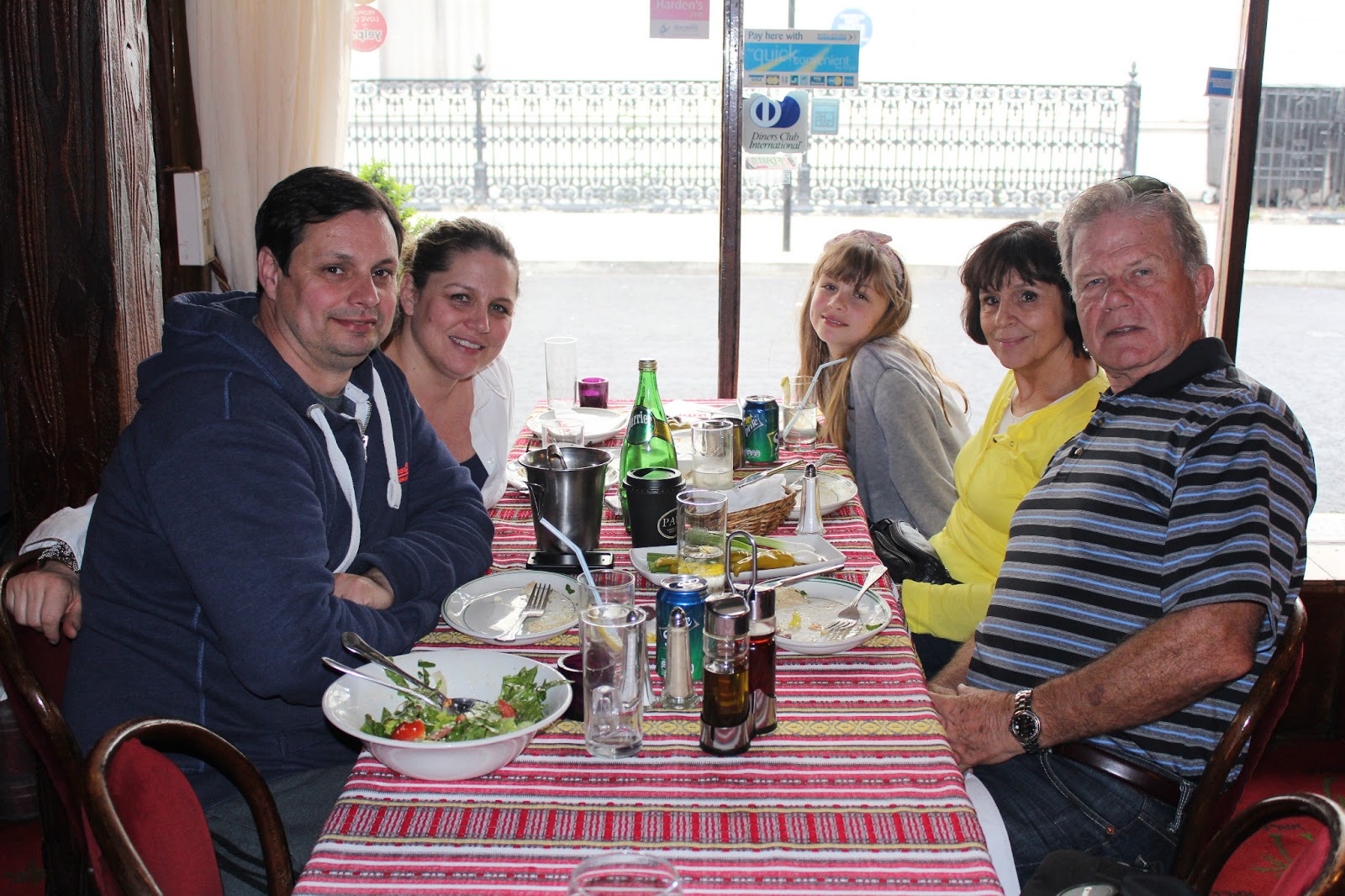 Upon leaving the restaurant and crossing the street.  There was a plaque on a building commemorating the famous American author, Francis Bret Harte.  He is best known for his writings about the California gold fields, especially The Luck of Roaring Camp.

We will visit some home towns of famous English women authors in the very near future.  If you have ever read a Bronte or Glaskell novel, or loved the adventures of Peter Rabbit, you will want to check out that blog. 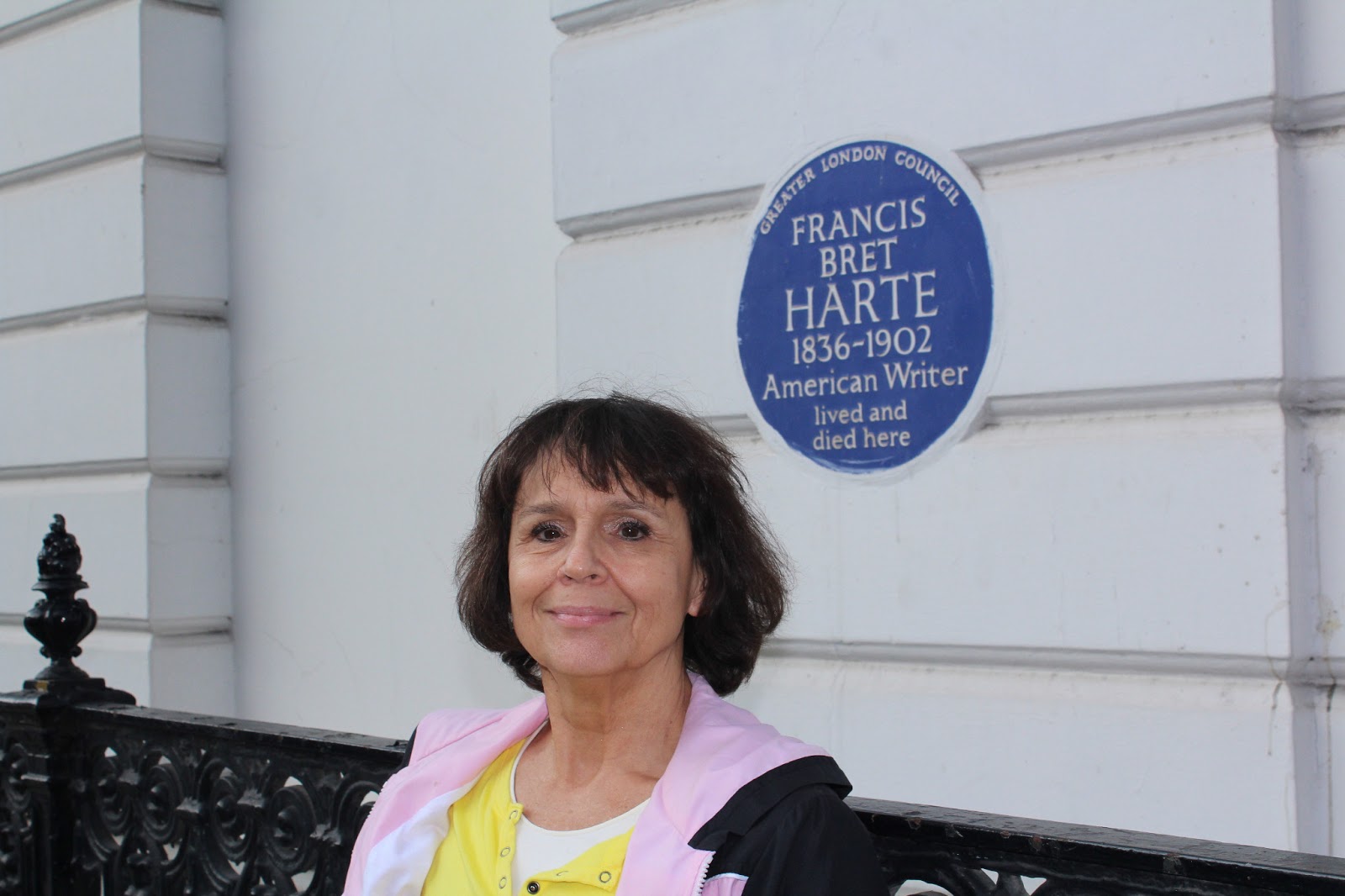